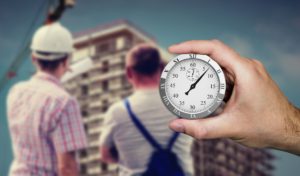 Please, let us inform you that several days ago, the amendment to the Employment Act1 was finally adopted, which means that Czech legislation now provides for a scheme to pay support to employers who top up their employees’ salaries in times of low influx of work. The scheme is modelled on similar solutions used abroad and has in the last year become generally known as kurzarbeit. We would hereby like to inform you about the conditions of the Czech version of kurzarbeit.

The main features of kurzarbeit introduced by the amendment are the following:

• kurzarbeit will be activated by a governmental decree, which will specify its scope and conditions;
• employers who intend to participate in the scheme must inform employees and notify the Employment Office and regularly provide it with monthly costs overviews;
• employers who receive support under kurzarbeit may not, for a certain period of time, lay off their employees or pay out dividends; otherwise, they would be obliged to return the support received;
• the time when employees do not work must be between 20% and 80% of their weekly working hours; during this time, employees’ salary compensation must be topped up to at least 80% of their average earnings;
• the support covers 80% of the employer’s salary costs paid for the period employees do not work (to the extent specified by the given governmental decree), however only up to 1,5times the average monthly salary in the Czech Republic.

Please, find detailed information about the main features of the scheme below.

Rationale behind the scheme

The new legislation is expected to introduce a systemic long-term solution for a number of possible future situations. The possibility to pay support to employers in order to top up employees’ salaries in times the volume of work is low is supposed to be activated by the government in case of another crisis caused by a natural disaster, epidemic, economic recession, cyberattack or another extraordinary situation caused by vis major, which might prevent employers from assigning their employees work to the full extent of their weekly working hours. In other words, the support is supposed to relief employers from their burden to pay their employees in situations when, without their fault, they are objectively not able to give work to their employees to the extent agreed. This is supposed to motivate employers to preserve jobs instead of laying their employees off.

How is it going to work?

The scheme is available only to private sector employers who may apply for support as soon as the scheme is activated by the government. The government will issue a decree to this effect, if the economy of the entire country or of a certain business sector is paralyzed due to reasons described above.
The governmental decree may restrict kurzarbeit only to certain regions or business sectors or to a certain type of employers according to indicators determined by the government. The government may also specify other conditions of the scheme, including its duration. Support may initially be offered for a maximum of 6 months. However, it may be repeatedly extended for another 3 months up to the final maximum of 12 months. The governmental decree will also specify the exact weekly extent of working hours in which employers are not able to assign work to their employees.

Immediately after kurzarbeit being activated, employers who intend to take part in it shall inform their employees of their upcoming inability to assign work to them and their intention to top up their salaries and apply for support under kurzarbeit.

Subsequently, the employer shall notify the regional branch of its respective Employment Office and provide it with at least the following information required by the law: number of employees, reasons for participation in kurzarbeit, expected period of participation etc. The notification must also include employer’s declaration that it will not lay off its employees for which it intends to draw support under Section 52 a) to c) of the Labour Code (whether by notice or by mutual agreement) for the entire period the support will be drawn and also for an additional period of half the time for which the support has been drawn. This period will be rounded up to whole months.

The Employer undertakes in the notification to the Employment Office that it will enable its employees, during the time when they do not work, to attend requalification or other classes recommended by the Employment Office. The notification shall also include a confirmation that the employer has not paid dividends or any other similar payments in the previous month and that it will refrain from paying dividends and similar payments for the entire time it will draw the support and for another 12 months afterwards.

Support may be drawn only for employees who, at the moment of the employer’s application for the support, have been employed by the employer for at least three months.

The support will be paid to the employer for each calendar month during which it met the conditions of eligibility for participation in the kurzarbeit scheme as specified in the respective governmental decree. That means that should the employer be unable to assign work to its employees for another reason than specified in the decree, it will not be eligible for support. For the time when employees do not work, employers must top up their salaries to at least 80% of their average earnings (i.e., they cannot reduce it to the 60% allowed under Section 209 of the Labour Code). The time when employees do not work must be between 20% and 80% of their weekly working hours in a given calendar month which is assessed in aggregate for all employees working for the same employer. Support may not be drawn for employees for which the employer uses working hours accounts.

Employers who have been fined for illegal employment (employment of foreigners without valid work permits) in the last three years are also excluded from participation in the scheme.

An employer will be paid support for the time their employee does not work in an amount of up to 80% of the salary top-up paid to the employee, including payments on social security insurance, public health insurance and state employment policy. The maximum amount of the support is 1.5 times the average monthly salary nationwide in the first to third quarter of the previous calendar year. This year, the maximum amount paid per one employee would amount to CZK 51,916.50 a month.

Should the employer, contrary to its initial notification to the Employment Office, prematurely lay off the employee for whom it received support, it will be required to return the support received.

The amendment will take effect on the first day of the calendar month following the month in which it will be published in the Collection of Laws. Should the country face another paralysing wave of the pandemic in the autumn, the activation of kurzarbeit by the government may become reality.

We hope that our newsletter has provided you with useful information and we are ready to assist you in any situation.