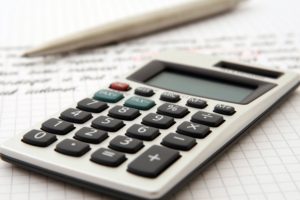 In practice, advances are usually considered foreign currency receivables/payables that are subject to currency conversion. As soon as a supply is provided, the advance is recognized and converted again. According to the National Accounting Council, this procedure does provide a true picture of the exchange rate risk because, for example, the exchange rate risk is no longer associated with the provided advance due to the fact that the payment has already been made.

For the sake of completeness, we would like to say that the interpretations of the National Accounting Council are not legally binding, nevertheless, they express its professional opinion and are publicized for the sake of a unified and appropriate application of accounting regulations. The following text presents the conclusions from these interpretations.

In the case that it is probable on the part of the seller that the transaction, for which the advance was provided, is going to be carried out:

In the case that it is probable on the part of the seller that the transaction, for which the advance was provided, is not going to be carried out (for example due to a lawsuit, etc.):

The buyer recognizes provided advances the same way. In the case that the buyer expects the contract, for which the advance was provided, to be performed:

In the case that the contract is not expected to be performed, the provided advance represents, on the part of the buyer, an asset that is subject to currency conversion. It is reported in the balance sheet under receivables and converted as of the balance sheet date.

A completely new decision, NSS 4 Afs 170/2021–35 of 14 February 2022, on the conversion of exchange rate differences with respect to advances also agrees with the opinion of the National Accounting Council and confirms that only those items, for which a future cash flow is expected, should be converted in financial statements. In the case that this condition is not met, no currency conversion will be performed.

Tax audits of revenue offices increasingly focus on the cost of advertising services and on proving that these and other services were actually received. This trend has also been confirmed by publicized rulings of the Supreme Administrative Court; in the last year alone, at least nine of them concerned advertising services.

Some of these rulings are about whether or not the invoiced price of provided advertising services is reasonable. In particular if there is a chaining of subcontractors and a gradual price increase, the court often reaches conclusions confirming the financial administration’s findings that the customary price is many times lower than the invoiced price. The court, for example, looks at the price lists of direct providers or advertising space agents in the media, the production price of advertising spots, etc. The tax base of the service recipient is then increased by the part of invoiced costs exceeding the customary price identified in this way, and the service recipient is charged an additional income tax.

The court also reiterates that expenses may not be automatically recognized simply because the goods or services were purchased or provided by “someone.” In fact, the taxpayer should prove that a certain service was provided exactly as claimed in the tax document, including, for example, the contractor. The contractor may, of course, provide the service through its subcontractor; in such a case, however, it is necessary to clearly prove the relationship between the taxpayer and the contractor claimed on presented documents as well as the fact that the contractor at least ensured that the service be provided by its subcontractor (i.e. the relationship between the contractor and the subcontractor must be proven).[2] According to the court, it is not entirely crucial whether the declared service was provided by the entity shown on the accounting document as the contractor, but it is nevertheless important to identify the specific provider. The Court of Justice of the European Union has ruled in a similar way by denying the right to deduct VAT on received advertising services since the actual service provider was not and could not be identified.[3]

In order to prove that an advertising service was indeed provided and when and to what extent, it is necessary to create and archive evidence during the advertising campaign, for example:

Current case law shows that the financial administration audits advertising and other services in a very detailed and sophisticated manner. This is why, we recommend to sufficiently document the received advertising services during the entire time of their provision and to have verified information about the actual service provider and a comparison of the invoiced price with the price of similar services on the market. These documents will very much help to defend the tax deductibility of advertising service costs during a potential tax audit. We will be happy to help you to prepare or check documentation related to provided services.

Changes in the tax information box

In 2021, the financial administration launched the MY Tax portal to simplify and speed up electronic communication with the financial administration as well as the upgraded tax information box PLUS (called DIS+). This improved version of the original tax information boxes (called DIS) makes it possible to pre-fill selected data into forms and to send them directly without signing them and to set up access authorization for other users and provides many other features.

During the year 2021, the users of the original DIS could also log in to DIS+ and start using this upgraded version.

However, many users found activation and access to the new tax information box problematic because it works primarily based on Citizen Identity, which causes problems especially for foreign legal entities and potentially also for Czech legal entities whose statutory bodies are foreign nationals. For technical- security reasons, they cannot access DIS+ by using guaranteed identity or verified identity the way they log in to their data box, as they cannot be authenticated based on the response of basic registers.

These entities can currently log in only based on access data assigned by the financial administration after their activation by the tax administrator. However, in order to assign these access data, it is necessary to clearly verify the identity of the natural person to whom such access data are assigned. This means that the natural person must be present during the verification of his/her identity by the tax administrator, which is again rather problematic for foreign nationals.

As required by law, the operation of the original tax information box was terminated on 28 February 2022. Nevertheless, in response to the requests of the general public and professional groups, the financial administration will temporarily allow access to selected information from the taxpayer’s personal tax accounts and file kept by the revenue office, as part of the selected data consulting service. It is not possible to activate, or to request access to, this service in any way. Access will be provided to these users on www.mojedane.cz in a similar way these users consulted DIS, i.e. by using their recognized electronic signature or verified identity when logging in to their data box. This service will be available for up to nine months starting the second week of March 2022.

Trend in the CJEU’s rulings on contractual sanctions and fines

We have recently witnessed the trend in the rulings of the Court of Justice of the European Union (CJEU) that concern contractual sanctions and provide less and less room for not charging VAT.

The latest ruling in this area was issued in January 2022 and concerned fines for unauthorized parking. It concerns Case C 90/20 Apcoa Parking Danmark A / S, where the CJEU concluded that fees (fines) that private companies operating private car parks charge in the case that the users of car parks do not comply with the general terms and conditions should be subject to VAT.

However, we would like to also point out other previous rulings (e.g. C 43/19 Vodafone Portugal – Comunicações Pessoais, SA), according to which amounts received by an economic operator in the event of early termination, for reasons specific to the customer, of a services contract requiring compliance with a tie-in period in exchange for granting that customer advantageous commercial conditions, must also be subject to VAT.

If you wish to get more information or need help with disclosing your financial statements, do not hesitate to contact us.

Exemption of income from the sale of real estate

As the deadline for filing tax returns approaches, we would like to point out the obligation to notify the tax administrator about income from the sale of real estate.

To claim the exemption, it is necessary to notify the tax administrator about the received income by the end of the deadline for filing the tax return for the tax period in which the funds were received. Failure to notify the tax administrator about such income by the said deadline will result in the expiry of the exemption, even if the taxpayer uses the acquired funds to buy a residential property.