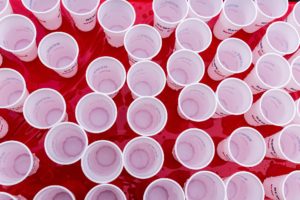 The increasing pressure to protect the environment led to the adoption of Directive (EU) 2019/904 of the European Parliament and of the Council on the reduction of the impact of certain plastic products on the environment (“the Directive”) in the European Union more than two years ago. Although individual Member States were required to transpose the content of the Directive into their national laws by 3 July 2021 at the latest, the Czech Parliament has not yet passed the relevant legislative changes.¹

The Czech Republic will fulfill its obligation to implement this Directive into Czech law, in particular by adopting a law on the reduction of the impact of plastic products on the environment (hereinafter as the “Single-Use Plastics Law“) and amendments to other laws, such as Act no. 477/2001 of Coll., on packaging. According to current information from the Ministry of the Environment, it is not very realistic that the Chamber of Deputies would be able to discuss the single-use plastics bill by the end of its parliamentary term. The new government will have to present the single-use plastics bill again after the elections, and it will have to go through the entire legislative process. It is not expected to be finally adopted until several months after the elections.

The ban will apply in particular to certain regular single-use plastic products – such as plastic straws, cutlery, plates, food containers or cotton swabs.²

Force of the ban on the use of single-use plastics

However, since there is no relevant law in the Czech Republic, it is not possible to sanction entrepreneurs in any way for their non-compliance with the Directive and the prohibition stipulated in the Directive. Regardless of the prohibition date stipulated in the Directive, it is still allowed to place these products on the market in the Czech Republic. Nevertheless, the Ministry of the Environment assumes that the Single-Use Plastics Law and the ban on placing these products on the market will come into force immediately after its adoption.

The single-use plastics bill also allowed for the so-called “stock sell-out deadline.” This deadline was to give entrepreneurs, who stocked up on single-use plastic products, enough time to “sell out” their entire stock. This means that the products, which were or will be placed on the market before the ban comes into force, can be distributed, i.e. “made available on the market” according to the Single-Use Plastics Law,5 without any sanction until 30 June 2022. Based on the information from the Ministry of the Environment, this should be the final deadline, which means that it should not be extended based on the duration of the legislative process. Nevertheless, the new government may change this deadline.

Even though the law prohibiting certain plastic products has not yet been adopted in the Czech Republic, it is very much certain that it will be adopted because it is the Czech Republic’s obligation arising from its membership in the European Union.

Until the Single-Use Plastics Law is adopted, the ban stipulated in the Directive is not enforceable in the Czech Republic. However, entrepreneurs must understand that this ban will be in effect in the future. The best solution, which is also mentioned by the European legislator in the Directive, is to switch to products made of sustainable alternative materials.

We trust that this article has provided you with useful information, and we are ready to help you with any situation you may be in.