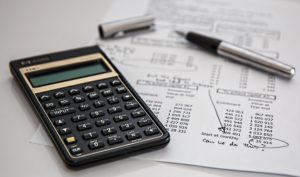 On 22 June 2022, the Chamber of Deputies received a government-sponsored bill proposing an amendment to the VAT Act and the Income Tax Act (Parliamentary Document No. 254) which should, among other things, increase the threshold for mandatory VAT registration to CZK 2,000,000 with effect from 1 January 2023 and introduce changes to the submission of control reports.

Increase in threshold for VAT registration to CZK 2,000,000

The EU Council Decision of 24 May 2022 allowed the Czech Republic to increase the threshold for mandatory VAT registration up to EUR 85,000 already two years before the amendment to the VAT Directive 2006/112/EC, which will introduce said increase, becomes applicable. Therefore, nothing prevented the government from submitting a bill proposing to raise the threshold for mandatory registration to VAT to CZK 2,000,000.

The amendment also allows taxpayers who are domiciled in the Czech Republic and are not a group to apply for cancellation of their VAT registration already within 5 days of the effective date of this transitional provision provided that their turnover in the 12 consecutive calendar months immediately preceding the effective date of the transitional provision exceeded CZK 1,000,000 but did not exceed CZK 2,000,000. According to the bill, this transitional provision will take effect already on the day following the date of its promulgation. This means that for example, if the amendment is published in the Collection of Laws on 15 December 2022, taxpayers will be able to apply for the cancellation of their VAT registration until 20 December 2022 if their turnover for the period between December 2021 and November 2022 exceeded CZK 1,000,000 but did not exceed CZK 2,000,000. Such a taxpayer will thus no longer be a VAT payer on 1 January 2023 and, among other things, will be able to adopt the flat-rate tax regime provided for under the Income Tax Act.

The government have proposed to extend the five-day period for responding to a request to amend, supplement or confirm a filed control report to 17 days if the request is being delivered via a data mailbox. However, this period should start on the date on which the notice is delivered to the data mailbox regardless of when it is opened by the recipient.

Penalties for failure to file a control report will be in case of natural persons with a quarterly taxation period and limited liability companies with only one shareholder who is a natural person reduced by a half (with the exception of the lowest penalty of CZK 1,000).

To boost investment after the crisis caused by the global coronavirus pandemic and Russia’s aggression against Ukraine, an amendment to the Income Tax Act is under debate which, among other things, plans to extend the scope of tangible assets to which extraordinary tax depreciation applies.

Extraordinary tax depreciation shall now also apply to assets which are classified in the first or second depreciation group and which were acquired between 1 January 2022 and 31 December 2023. The method of determining the amount of exceptional depreciation will be the same as is currently used for tangible assets acquired in 2020 and 2021.

3. Compensation for loss of a subsidiary with limited functional and risk profile

A recent decision of the Supreme Administrative Court is currently under debate in the tax expert community: Case No. NSS 7 Afs 398/2019 – 49 of 27 April 2022 in which the Court ruled on compensation for loss suffered by a “contract manufacturer”.

An entity that conducts production activities in a group of companies following instructions received from a controlling person within the group (e.g., the parent company) should only bear an adequate level of risk, i.e., only such risk over which it is able to have control. If the contract manufacturer is exposed to risks that are not attributable to the manufacturer because of its functional profile and over which it has no control, it shall be entitled to adequate compensation from the controlling entity.

Proper determination of the functional profile of a company is thus the alpha and omega of a proper intra-group pricing policy. This policy must not be limited to the determination of the unit price of the output (product or service) but must also cover any obligations to compensate those members of the group who have suffered loss as a result of following the instructions of the controlling entity.

The determination of the company’s functional profile and its demonstration on the facts of the case was at the source of a dispute between a company and the tax administrator in the given case. The tax administrator concluded that the audited company was in the position of a contract manufacturer, both in relation to sales to affiliates and in relation to sales made outside the group. This conclusion was also apparent from the transfer pricing documentation submitted by the company to the tax authorities at the beginning of the tax audit.

During the tax audit, the audited entity submitted updated transfer pricing documentation to the tax administrator, which described its functional profile as approaching that of a full-fledged manufacturer with broader decision-making and control powers than a contract manufacturer. However, the company did not provide any new evidence to support this change in the interpretation of its role in the group.

An important message of the case was also the assessment of all the sales made by the manufacturer – i.e., both to the group and outside the group – as „controlled transactions“. The manufacturer could not, within the scope of the powers given to it by the group, influence the price of inputs, the choice of suppliers or the pricing to customers, neither inside nor outside the group. In this case, the tax administrator therefore also subjected supplies to unrelated persons to the arm’s length principle test. Since the audited manufacturer had been making a loss in the long term, the tax administrator assessed the tax base in the amount of the difference between the loss made and the lower limit of the market range.

Both the Regional Court in Ústí nad Labem and the Supreme Administrative Court subsequently upheld this opinion adopted by the tax administrator.

The Supreme Administrative Court ruled that the loss continuously suffered by a company operating as a contract manufacturer lacks economic justification and does not comply with the arm’s length principle when it was caused by the decisions of the controlling company or the implementation of risks that were beyond the control of the contract manufacturer. The producer is therefore entitled to receive compensation for these „hypothetical services“.

Said judgment and the institution of “hypothetical services” cited therein is not unique. General Financial Directorate Instruction D-34 also deals with the concept of a “parent company order”. In both cases, the conclusion was that both business relationships within a group and transactions with non-affiliated undertakings will be subject to the requirements of the arm’s length principle if its terms are influenced by the group.

4. A1 certificate during business trips abroad

In our experience, it has recently not been rare that employees (of a Czech employer) travelling for short-term business trips within Europe have their „A1 certificate“ checked by competent foreign authorities. Such business trips may include a visit to a trade fair or participation in a training. The A1 certificate, i.e., a certificate of applicable social security legislation of a particular EU state – in our case the Czech Republic – is issued by the Czech Social Security Agency (ČSSZ) and proves that the employee in question is subject to social and health insurance in the Czech Republic (and therefore should not be subject to social and health insurance or benefits in the state in which he or she is on a business trip).

It was common practice in the recent past that A1 confirmation was not required for short (several-day) business trips abroad. However, this practice seems to be changing – at least in some countries – and employees are often required to provide A1 confirmation upon arrival in the country (especially at airports). It should be noted that under the current European legislation coordinating social security rules throughout the EU, EU Member States do indeed have the right to require an A1 confirmation from an employee regardless of the duration of the employee’s stay.

After a general pardon granted by the Minister of Finance abolished the obligation to pay advance payments on motor vehicle tax in 2022, a major amendment to the entire motor vehicle tax legislation was announced.

Act No. 142/2022 Sb., which amended, among other acts, Act No. 16/1993 Sb., on Motor Vehicle Tax, brought certain changes to the taxation of vehicles. The Act comes into force on 1 July 2022 and, in accordance with its transitional provisions, applies to the entire taxation period of 2022.

The Act states that the taxpayer will only be obliged to file a tax return with respect to motor vehicle tax if at least one taxable vehicle (as defined below) is declared in the tax return:

As of 1 January 2025, tax returns will be filed electronically only. The amendment also abolishes the obligation to register to motor vehicle tax.

Both the Court of Justice of the European Union and the Supreme Administrative Court have recently produced interesting rulings on VAT, which we would like to inform you about.

A number of interpretation uncertainties have been raised by the CJEU’s judgment C-218/21 DSR – Montagem Manutenção de Ascensores e Escadas Rolantes SA issued in May, which addresses the tax rate applicable to repair, renovation and maintenance services performed on lifts in residential buildings. In the judgment, the Court ruled as follows:

The reduced VAT rate does not apply to materials which constitute a significant part of the value of the service supplied. As regards the terms ‘renovation’ and ‘repair’, it should be noted that these terms refer to the refurbishment of an object and restoration of a damaged object. However, such services are characterised, in particular, by their occasional nature, which means that mere maintenance services, provided on a regular and continuous basis, cannot be regarded as services falling within the reduced VAT rate.

The possibility to apply a reduced VAT rate is an exception from the principle of application of the standard rate and must therefore be interpreted strictly. Given that renovation and repair services supplied in buildings used for purposes other than private residential use are to be subject to the standard rate of VAT, a pro rata allocation should be made in the case of renovation and repair services relating to shared facilities in mixed-use buildings which include units intended for private residential use and units intended for other purposes such as commercial purposes.

In view of the specific regulation of Section 48 of the Czech VAT Act, the extent to which these conclusions of the Court of Justice of the European Union also apply to the domestic regulation is now currently debated among experts.

Organization of a promotional event considered a travel service

In its March judgment (10 Afs 179/2020-56), the Supreme Administrative Court did not recognise the VAT refund claim of a company that arranged for a promotional event for its customers in the Czech Republic, which included, in addition to the promotional part itself, transport, accommodation, meals and entertainment, on the grounds that it was actually a travel service which does not qualify for a tax deduction (or, in this case, a tax refund).